In this post I'm going to use the same Sonar sensor from the last blog post with the Raspberry PI and use python for measuring distance of objects. Just like interfacing with the Arduino you need to connect the Sensor to +5v and Gnd to the Raspberry PI. I'm using GPIO pins 24 and 25 to connect my sensor's trigger and echo pins. As a reference loook at the following image for the GPIO pinout of the PI.

Here are a few pictures of the work in progress. The arduino can be ignored. Its just sitting there on the breadboard from my previous experiment of interfacing the Sonar with it. 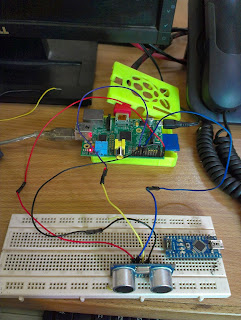 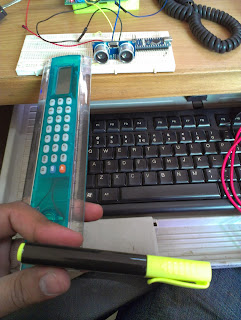 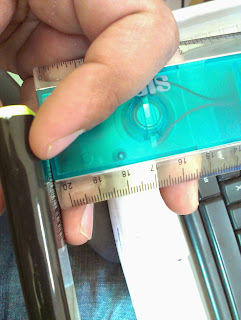 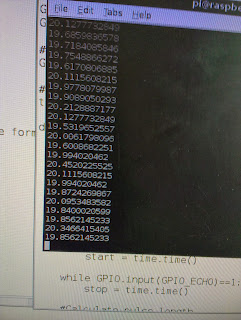